Mohammad Faisal, a 2nd year student of Shipowner’s College, North Nazimabad, Karachi, is missing since 9th January 2012. At the time of his disappearance his age was about 19 years. His father filed a Constitution Petition in the High Court of Sindh for the recovery of his son. Under the direction of High Court a number of JITs were formed but the agencies did not make serious efforts to recover him.

The HRCP through Mr. Farhat Ullah, Advocate, who is a member of HRCP and Senior Partner at Lexway Law Firm approached Mr. Rasheed A. Razvi, Senior Advocate, and former President of Supreme Court Bar Association, who challenged High Court’s Order in the Supreme Court, and through Order dated 30-12-2021 the Supreme Court set-aside the High Court’s Order and remanded the case back to the High Court for the recovery of Mohammad Faisal. During the hearing the Supreme Court also observed that it is the duty of the state to ensure safety of its citizen and protection of their fundamental rights, and cases of enforced disappearance should not be summarily dismissed.

After the remand of the case to High Court Mr. Farhat Ullah, will pursue the petition.

Due to the pandemic of COVID-19 we want to keep our clients updated on Lexway’s business operations. The health and safety of our clients and colleagues are our top priority. During the lock down imposed by the Government of Pakistan we ensured our business continuity to handle our client’s legal matters and provide uninterrupted service by shifting to remote work capabilities. We were reachable through phone, video calls and emails.

As the government has eased the lock down we have reopened our office ensuring the safety of our clients and colleagues by following the SOPs issued by the government. Lexway will continue to provide its best services to its clients.

In case of any concerns feel free to book an appointment or contact us over phone or email.

Our Law Firm filed a constitutional petition through our attorney Mr. Farhat Ullah, advocate. This was a public interest litigation challenging the selection and recommendation of a candidate for the post of registrar of the Sindh Environment Protection Tribunal (SEPT).

The purpose of this petition was to ensure good governance and selection of government officials on the basis of merit. Lexway has been involved in a lot of public interest litigations previously for the purposes of raising social and legal awareness towards the masses.

Lexways initiative to raise such awareness has also been highlighted by media and reported in newspapers. Our recent PIL mentioned above was also reported in Dawn Newspaper. The link of which is mentioned below.

For making the laws of Pakistan more accessible to everyone, we have created a new section on our website dedicated to Statutes. We have started uploading commonly used statutes, acts, ordinances and rules after reviewing them to make them available and more accessible for everyone to find and read them.

These statutes are being uploaded in PDF format to allow for a more consistent reading experience across a range of devices.

The page shall be continuously updated. If you are looking for a piece of Pakistani legislation and are unable to find it, feel free to contact us, and we’ll be glad to help. 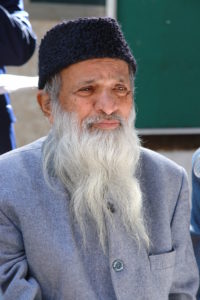 We are deeply saddened by the passing away of the world’s greatest humanitarian and social worker Abdul Sattar Edhi. At this hour of sorrow, the nation’s prayers are with his family, which includes not just his wife and children but the hundreds of thousands of orphans, disabled and the sick whom he helped, saved and cured. He touched more lives than any other person.

This is indeed a great loss, not just for Pakistan, but for the entire humanity.

Our thoughts and prayers are with him. 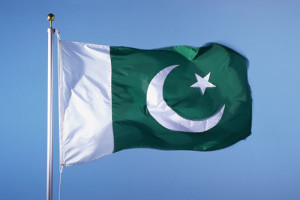 On the occasion of the 68th year of Pakistan as an Independent Nation, Lexway wishes this great nation and all its citizens a very happy Independence Day.

Freedom is never given; It is won